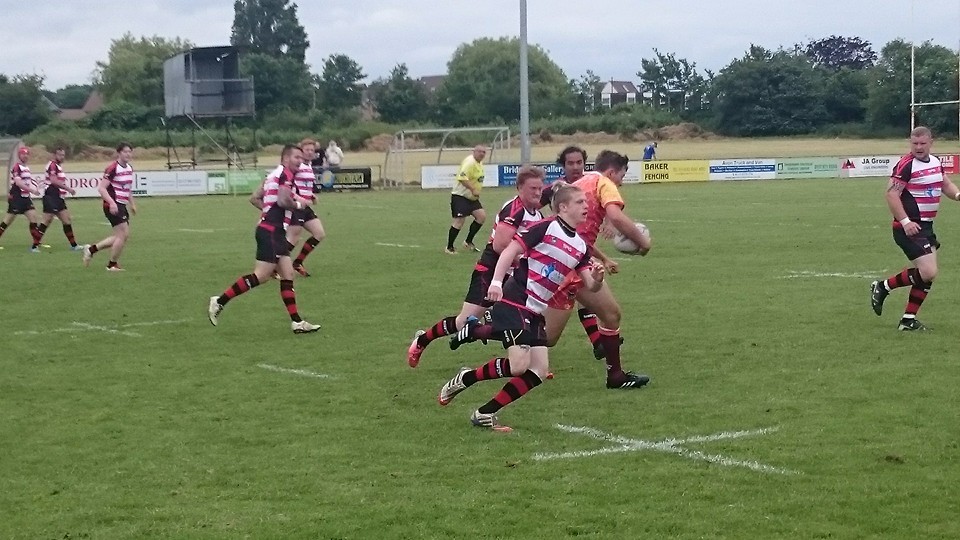 Having not lost since the opening day of the season, the Sonics are in a rich vein of form, but veteran Swann is still wary of the threat posed by the Bream-based West of England League newcomers.

He said: “We played the Bulldogs in a friendly at their place last year, and while we had an experimental side out, we only just scraped home with a win. Although they’re still taking their first steps in Rugby League, they can call on a number of good quality rugby union players from clubs in and around the Forest of Dean. We know from past experience that players from that area tend to be strong and run hard, so we’re expecting another tough test of our defensive capabilities.”

While Bristol has won three of their four Pool A games this season, racking up an amazing 222 points in the process, the Bulldogs have found things a little tougher in their debut West of England League season. Since beating under-powered Somerset Vikings in their first game of the campaign, the Bulldogs have lost to fellow Pool B sides Southampton Spitfires and Cheltenham Phoenix. The meeting between the cross-Severn rivals will be the first “cross-pool” fixture of the season, allowing the two sides to get a better idea of the comparative strength of the other half of the draw.

Dom Swann said: “We now have a good idea what we’re up against in our own pool, having faced all of the other sides once. We’ve beaten all but one of those sides, but it’s hard to know how they compare to those teams in Pool B. In some ways we’re playing ‘blind’, though having faced the Bulldogs in a friendly last year we have a fair idea of their capabilities. Our pool is so tight this year that we can’t afford any slip-ups if we want to make the end of season play-offs, and ultimately the Grand Final, which has always been our aim. That means we simply have to win, and put in another impressive performance”.

If they manage a win, the Sonics will go four points clear at the top of the West of England League Pool A table, having played more games than their closest rivals for a top two finish, U.S Portsmouth Navy Seahawks and Oxford Cavaliers. By the time the Sonics face the Seahawks on July 9th, the Portsmouth-based side could have pulled level on points at the top of the table.

Swann is hoping to field a similar side to the one that overpowered Gloucestershire Warriors 78-26 on Saturday, but will have to make do without fellow player/coach Lawrence Roycroft and prop forward Sam Collins. Powerful prop Byron Edwards will replace the latter, while experienced second-rower Joe Singleton is also likely to return after missing Saturday’s game. Full back Jack Farler, who scored an eye-catching hat-trick of tries against the Warriors on his first appearance of the season, leads a back-line that scored ten tries between them at the weekend.

Bristol Sonics face Forest Bulldogs at Dings Crusaders’ Landseer Avenue ground in Lockleaze on Wednesday 22nd June, kick-off 7.30pm. Entrance is free for spectators. Those who can’t make the game can follow updates of the match via the Sonics Twitter feed: http://twitter.com/BristolSonicsRL