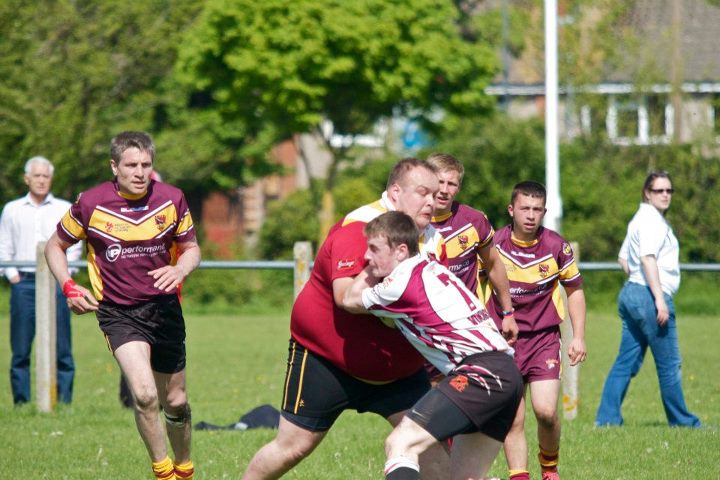 With the unbeaten first team away at St Albans Centurions (Toulmin Drive, St Albans, 2.30pm), a healthy crowd is expected at Barracks Lane for the Sonics’ second team’s first game of 2013.

With first team places at a premium following the Sonics’ partnership agreement with the University of Gloucestershire All Golds, Bristol Sonics A can call on plenty of experience as they look to get their 2013 campaign off to the best possible start.

Sonics’ Director of Rugby Karl Fearnley will be pulling on his boots again for a rare run out at hooker, while the squad also contains nine players with previous first team experience, and a string of debutants.

Fearnley, who for this week has handed over first team coaching duties to former second team player/coach Aran Simm, said: “We’ve been delighted by the number of people who have committed to the second team this year, and the willingness of first team squad members to prove their form and fitness in the seconds. I know all the players are looking forward to showing me what they can do to try and force their way into the first team as the season progresses.”

The pack of forwards set to take to the field at Avonmouth on Saturday includes a number of Sonics legends. Tristan Moore, Jack Gibson, Joe Singleton and Josh Sampson are all set to feature, alongside replacements Dave Leach, James Pritchard, ambitious hooker Andy Parsons and returning second-rower Dan Wegryzn.

Meanwhile, the Sonics’ first team continue their pursuit of Conference League South points with a trip to St Albans Centurions.

The ‘firsts’ are boosted by the return of hooker Harry Marson, utiity player Andre Samura, and second-rower Sam Blaney. Dan Brooker is in line to make his first appearance of the season, joining brother Marcus, who scored his first try for the All Golds against Gateshead last weekend.

St Albans have been in poor form in recent weeks, but Sonics’ skipper Dom Swann is expecting a very tough game. He said: “We’re expecting a very tough game from the Centurions on Saturday. They’re a great club who do things the right way, and last season we had two very tight games with them. I’d expect it to be the same this week, especially at their place. If we’re even a little bit off the pace, we’ll get beaten, and we can’t afford to slip up now.”

Fans wishing to keep up to date with the first team match can view live text updates on the Sonics’ Twitter account: http://twitter.com/BristolSonicsRL

Entrance to Bristol Sonics A v Swindon St George at Avonmouth Old Boys RFC is free. Kick-off on Saturday (11th May) is 2.30pm.