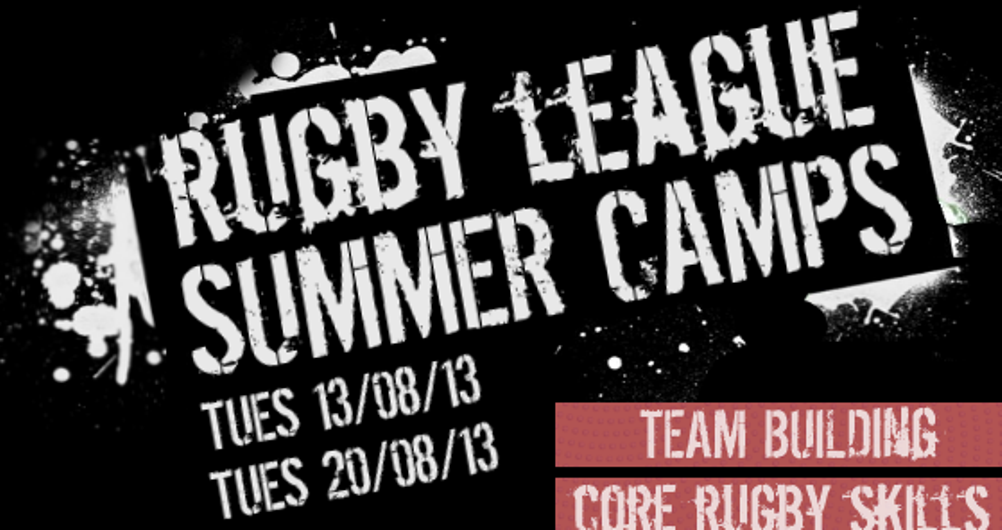 Bristol Sonics are putting on two free day-long Rugby League summer camps this month, for children aged between 11 and 16 years old (U12 upwards).

The camps, which will offer a mix of team-building exercises, core Rugby League skills, competitive games and top quality coaching from Sonics’ first team stars, take place at Clifton RFC, Henbury, on Tuesday 13th and Tuesday 20th August (9.30am for a 10am start, finish approximately 3pm). The camps will suit both aspiring players and newcomers who want to get a taste of what Rugby League is all about.
The camps are being offered free of charge, and players can just turn up on the morning of each camp and get involved. There will be a number of coaches present, both from the Sonics and partner club University of Gloucestershire All Golds. All coaches hold level 2 qualifications and are fully CRB checked.
For more information on the Sonics’ junior summer camps, players and parents are advised to contact Daniel Brooker by email on brooker20@hotmail.co.uk 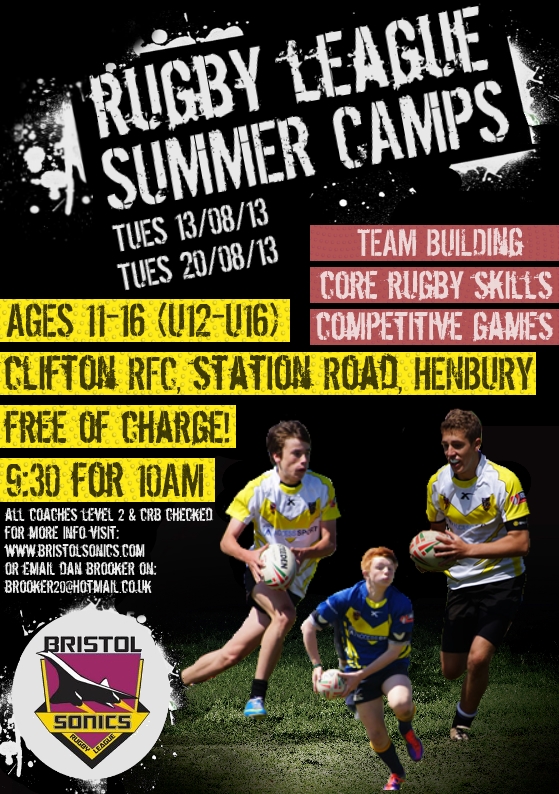