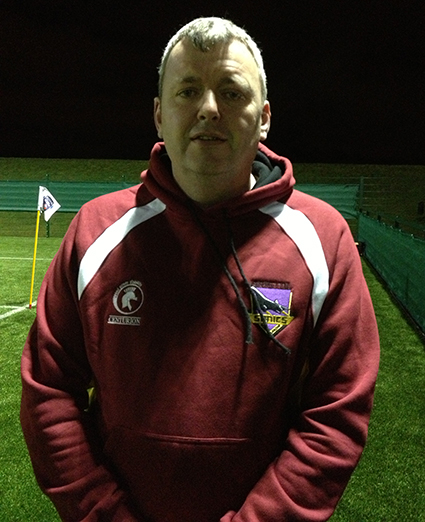 Bristol Sonics’ Head Coach Jason Talbot has confirmed that the club is looking for new players for the 2014 Rugby League season, which begins in April.

Training sessions will take place weekly on Wednesday nights (7-8:30pm) at Dings Crusaders RFC in Lockleaze. Talbot is keen to stress that places in both the first and second team squads are always up for grabs.

“I want to make it clear that all of our sides are picked on merit,” the Dewsbury-born coach said. “If you commit to coming down to training and want to play Rugby League, regardless of whether you’ve played the sport before, you’ll be considered for selection and will almost certainly get a game. There’s a difference in standard between the first and second teams, but many of our first team regulars started out in the second team and progressed to the firsts. If you’re good enough and willing to learn, we’d love to have you on board.”

“We’re looking for players of all abilities,” Talbot said. “If you take your rugby seriously and want to progress, we can offer a high standard with our first team. We have players who come from good quality amateur and semi-professional rugby union clubs, players brought up on League, students and keen youngsters. Some of our other players hadn’t played much rugby of either code at all until they came to us, but have worked hard and are now first team regulars. If that standard’s too high for you but you want to give it a go, our second team players and coaches will make you very welcome.

“Whatever your motivation, we’d love to see you at training.”

Sonics’ captain Dom Swann, who has been with the club since its first season in 2003, echoed Talbot’s sentiments. He said: “Rugby League is a terrific sport to play – it’s all action, with big hits, but the basics are easy to learn. Many of us started playing union, so if you’ve played that code you should be able to pick up League pretty easily. If you haven’t, you can still make the grade. If you’ve ever watched Super League on Sky or the Challenge Cup on the BBC and thought ‘I’d like to give that a go’, I’d encourage you to come down to training and see for yourself.”

Bristol Sonics will be training weekly on Wednesday nights at Dings Crusaders RFC, Landseer Avenue, Lockleaze, Bristol, BS7 9YS (see map below) from 26th February. Sessions, which last an hour and a half, begin at 7pm.