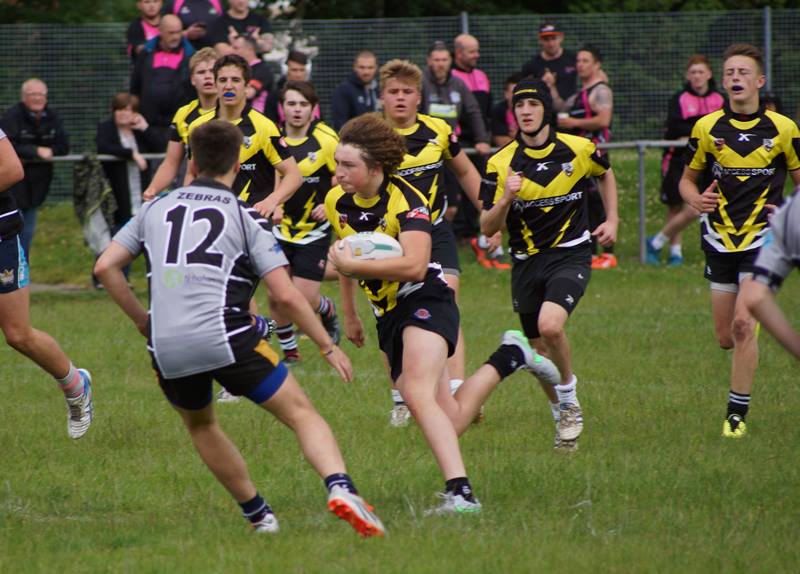 This Sunday saw the Bristol Sonics U16’s go up against a very tough Rhondda Outlaws side. The Outlaws had beaten the Swansea Valley Rhinos 40 -16 just the Sunday before and had previously teamed up with the Sonics at the tournament in Wales at the start of the season, So the Sonics knew just how tough these outlaws could be.

With both the South Wales Scorpions and Coventry Bears first teams in attendance both teams played to impress, and it turned into a game that everyone watching was still talking about when the Kingstone Press League One teams took to the field. The pressure built in the game from start to finish with both teams finishing in a draw (22 – 22) at half time.

The second half impressed even more with both teams wanting to score the winning try. But it was a last second game saving tackle that secured a win for the Sonics in what looked like a winning move for the Outlaws. The game finished 38 – 36 to the Sonics in an encounter that neither team deserved to lose. Both the Sonics and the Outlaws could walk off the pitch with their heads held high knowing that they impressed everyone in the ground in an U16’s match that probably won’t be bettered this season for action.