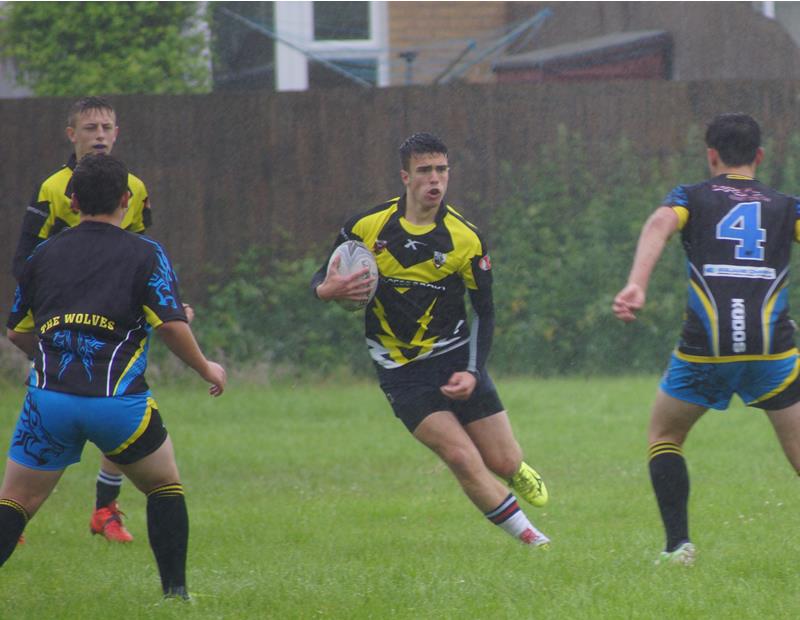 This weekend saw both of our junior sides against the Aber Valley Wolves. A team that the Bristol Sonics have never beaten. Was this about to change or would the Sonics fall in Caerphilly!

First up was the U14’s, a team that has yet to have much time playing together. The first half was a wet, physical battle that saw the Wolves do damage to a fighting Sonics side. No matter what the sonics did they just couldnt manage to get through and score the try that looked like it would come. The second half was a different story altogether and although the Wolves managed to get two scores they struggled the rest of the time to get out of their own half. The Sonics U14’s began working hard for each other and can take a lot of positives from the second half. The game finished 38 – 0 to the Wolves. But this score doesn’t reflect the second half performance of the Sonics. A special mention has to go to Harry Iles who was injured 5 minutes into the first half but didn’t come off the pitch until 10 minutes until the end of the game. We hope you heal up well and are back with us soon. 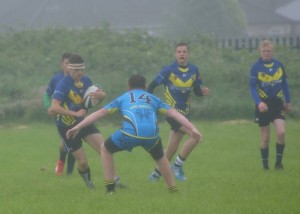 Next up was the Under 16’s, could they do any better or would the Wolves managed to keep their unbeaten record against the Sonics. From the start the Sonics were on the attack and slowly built a decent lead into half time. Nothing could be taken away from the Wolves though as they literally used their players as battering rams to get through a tough and resilient Sonics defence. Both teams were ready to get the second half started and the Wolves didn’t look like they would just lay down. A moment of comedy was allowed when a Wolves player took a slip as he went to kick off. That slip was just a cherry on top of the cake for the Sonics who ran out 58 – 18 winners. In just three games this Sonics U16’s team has really come together and each one of them deserved a MOM.