Bristol Sonics hopes of winning the 2015 West of England League title could be decided in the next week and a half, as the city’s Rugby League club faces three top-of-the-table clashes in quick succession.

The Sonics currently sit second in the West of England League table, with three games remaining. To have any chance of topping the table, and therefore getting a prime draw for the end-of-season Championship play-offs, Bristol must win all of those matches – starting with tomorrow night’s top-of-the-table clash with unbeaten leaders Bath & Wiltshire Romans at Dings Crusaders’ Landseer Avenue ground (Wednesday 29th July, kick-off 7.30pm).

Bath & Wiltshire Romans have been a revelation this year, marking their debut season in the West of England League with a string of brilliant performances. The Corsham-based outfit has made the most of their links with the armed forces, and can call upon a number of British Army Rugby League players with Great Britain Combined Services experience.

In contrast, pre-season title favourites Bristol have endured an up-and-down season. High-scoring defeats of local rivals Somerset Vikings and Swindon St George were followed by narrow and frustrating defeats to Somerset and Cheltenham Phoenix. Following a number of weeks playing friendlies, the Sonics returned to league action on Saturday, holding off a late charge from Swindon St George to emerge victorious 24-28 at Swindon Supermarine Sports Club. That win leaves the Sonics second in the table, ahead of Somerset on points difference, with three tough games to play.

Bristol Sonics player/coach Dom Swann is under no illusions about the task facing his side on Wednesday night. He said: “Bath have been the form team in this division, and rightly sit top of the table. They’re a well-drilled, athletic side who have benefitted greatly from strong links with nearby British Army barracks and their strong Rugby League teams. We’ll have to be at the top of our game to beat them, but we have it in us to deliver what would probably be a shock given their strong form this season. If we do the basics well and defend better than we have done all season, we’ll push them close at the very least.”

Swann has been unable to pick from a full squad for much of the season, with a combination of illness, injury and player unavailability hindering his side’s quest for consistency. This week he’ll be missing a number of key players, including experienced heads Tom and Rob Verber, Will Tobin, Sam Collins and Mike Norman, but is bolstered by the return to action of hard-running prop forward Tony Harvey and younger brother Daniel. Swann also returns to the side after missing Saturday’s trip to Swindon, and his play-making partnership with hooker Alex Potts will be key to Bristol’s chances of overcoming a strong Romans side.

Swann said: “Wednesday night is not make or break for our play-off chances, but to guarantee finishing in the top two we may need to win two out of our three remaining fixtures. If we lose on Wednesday night, it makes it all that much harder. It certainly makes Saturday’s home game against Cheltenham Phoenix a must-win encounter, whatever happens.”

Following Wednesday night’s top-of-the-table clash, Bristol host Cheltenham Phoenix at Dings Crusaders RFC on Saturday August 1st, before travelling to Bath & Wiltshire Romans the following Saturday, 8th August. Entrance to both games will be free of charge, though the Sonics will be collecting donations to the fund set up by the family of Cheltenham player Zac France, who was seriously injured during the West of England League cup final earlier in the year. 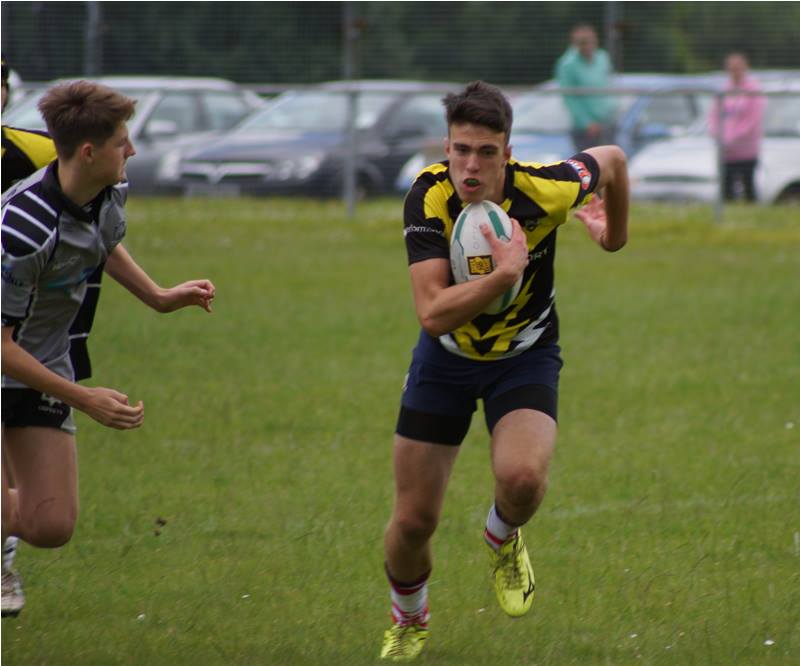