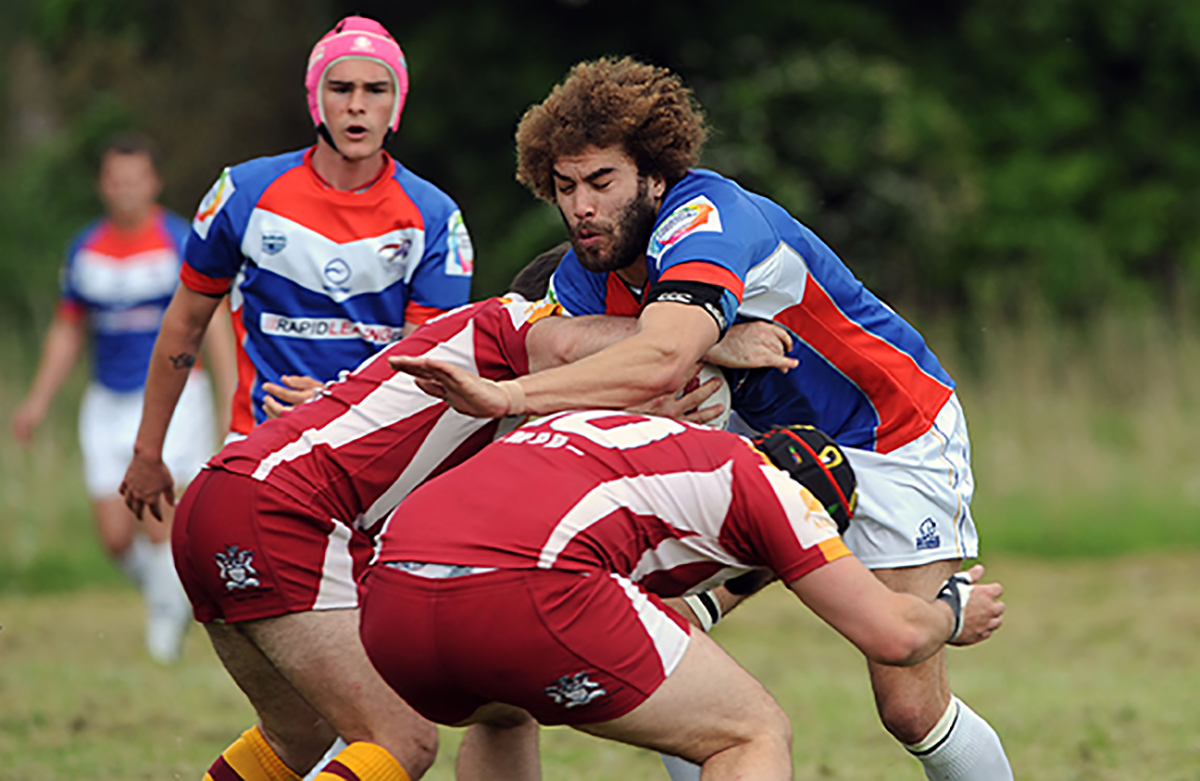 Bristol Sonics’ players are so determined to turn around the club’s fortunes, starting with this Saturday’s game at home to Valley Cougars, that they’ve started turning up to training 20 minutes early.

Bristol Sonics captain Dom Swann said: “After last Saturday’s defeat to Leicester the players got together and decided that we need to go that extra yard to turn around our fortunes sooner, rather than later. So we’ve started turning up at training 20 minutes early so that we can work on aspects of our game that we’ve been struggling with in matches. We all hate losing, and we hate making the same mistakes over and over again. This extra work is focused on cutting out those mistakes, both in defence and attack.”

Bristol will be hoping this extra training will make a difference when they take on cross-Severn rivals Valley Cougars from Wales at Dings Crusaders’ Landseer Avenue ground this Saturday (7 June, Kick-off 2.30pm, free entry).

The Cougars have enjoyed a mixed start to the season, suffering a string of heavy losses but notching up an impressive win over Leicester Storm, who beat the Sonics 46-16 last weekend despite being down to 12 men for much of the game. Last weekend the Cougars travelled light to Champions Sheffield-Hallam Eagles and were beaten 120-6.

Sonics Head Coach Jason Talbot is expecting a much sterner test this weekend. He said: “Sometimes players let you down, and the fact that the Cougars went to Sheffield with 10 players has no bearing on this weekend’s match. They’ll be at full strength when they play us, as it’s a short trip and the Welsh-English rivalry is so intense. I’m expecting them to be a big, strong side that will pose a big test. If we’re going to win, we’ll have to dramatically improve, but we’ve been going well in training so hopefully we can translate that form into a win.”

Talbot has been particularly pleased with the commitment shown by his players of late. He said: “Numbers have been up at training recently and everyone is determined to turn our form around. I’ve been particularly pleased with the way the players took it on themselves to turn up early. That shows me that they’re hungry for success, and that there’s a steeliness there that was maybe lacking earlier in the season. You can tell a lot about players when they’re faced with adversity – the reaction we’ve shown to getting such a bad start to the season is encouraging.”

Meanwhile, Bristol Sonics ‘A’, the club’s second string, return to action on Saturday when they travel to face local rivals Swindon St George. They’ll be hoping to notch up a morale-boosting victory.