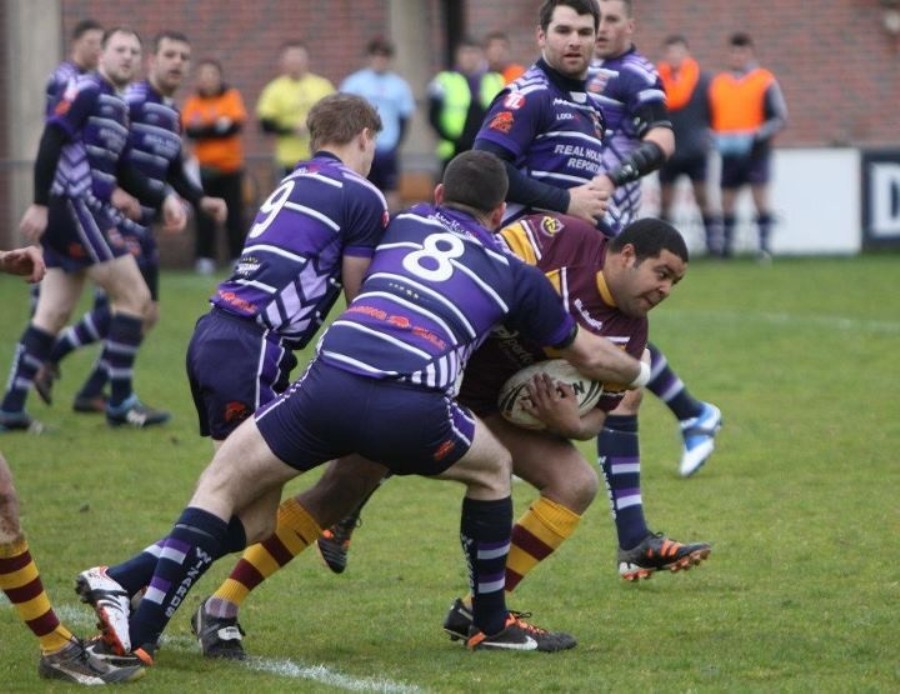 Bristol Sonics have cemented their position as the South West’s leading community Rugby League club by entering into a partnership with Championship One side University of Gloucestershire All Golds.

After extensive negotiations, the two organizations have signed a partnership agreement that will see them share players, coaching staff and resources. The two clubs will also work together on marketing, merchandising and player development.

As part of the deal, the University of Gloucestershire All Golds’ coaching team will work closely with their Sonics counterparts, sharing ideas and resources for the benefit of both clubs. A number of the Championship One club’s players will also be “dual registered” with the Sonics, allowing them to appear for Bristol during the forthcoming Conference League South season.

The two clubs will also work closely to identify and develop talented young Rugby League players, offering them a platform to progress from the local junior game to the semi-professional ranks via the regional and national amateur leagues.

Bristol Sonics will also display the University of Gloucestershire All Golds’ “golden fern” emblem on the sleeve of their playing shirts this season, and work with the Championship One side on increasing participation in the game at junior, youth and open age level.

Bristol Sonics Director of Rugby, Karl Fearnley, said: “I’m delighted to be able to announce this agreement between the Sonics and the All Golds. This partnership puts in place structures that will allow talented, ambitious Rugby players from the South West a route to semi-professional rugby directly from the community game. Our close ties with the All Golds will make the Sonics an attractive proposition for young players with designs on the Championships or even Super League.”

University of Gloucestershire All Golds’ Head Coach, Brad Hepi, said: “this gives us another pathway of sustainable player development for our professional team and a relationship that will be equally beneficial to both clubs on and off the field”

This year, Bristol Sonics’ first team will compete in the Rugby Football League’s new Conference League South competition for elite community clubs based outside the game’s traditional Northern “heartlands”. The season begins on April 6, when the Sonics face a long trip North to take on Sheffield Hallam Eagles, a new side set up by 2012 Championship winners Sheffield Eagles and Sheffield Hallam University.

The University of Gloucestershire All Golds will begin their Championship One campaign on Good Friday, 29 March, when they host Oxford RLFC at the Prince of Wales Stadium, Cheltenham.

The West of England League, featuring the Sonics’ second team and other community clubs from the region, is due to kick-off in May.

Bristol Sonics Chairman Phil Cole said: “I’m delighted that we’ve reached an agreement with the University of Gloucestershire All Golds to work together over the new few years. It’s in our interest to forge close links with the West’s new professional club, not only to give our players the chance to progress their careers, but also to help promote the Greatest Game across the region. I firmly believe this agreement is in the best interest of both clubs.”