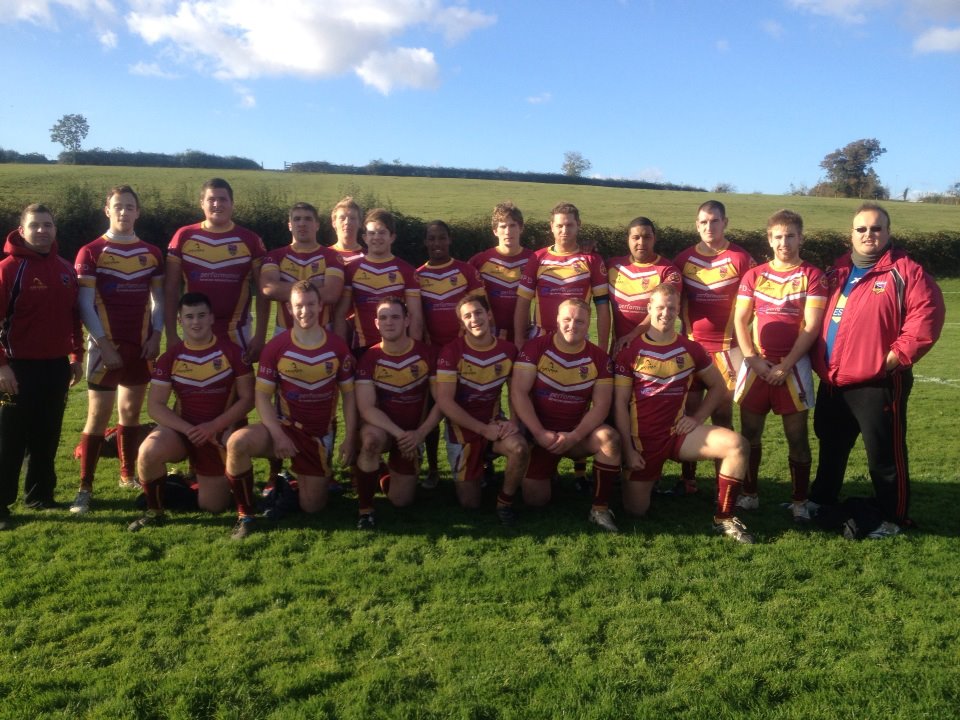 National Conference League 1 side Eccles made the long trip to the West Country and successfully negotiated a tricky first round qualifying tie in the Challenge Cup, but they were given a real tough test by the Bristol side. Neither side was at full strength but this lead to an enthralling Challenge Cup contest.

Bristol actually played the better rugby with ball in hand in the first half, and with more possession they might have scored more points, but a penalty count of 2-8 against them and sterling defence from Eccles kept them at bay. On the other hand Eccles took their chances better than the home side and ran up a lead that was big enough to hang on to despite being out-scored in the second half by 2 points.  Richard Openshaw topped the tackle count for Eccles and was adjudged man of the match, just, ahead of Mark Thomas.

Eccles took just 4 minutes to open the scoring with Steve Barry sending a long pass to the wing for Christian Higgins to make progress before passing inside for Ben Williamson to score wide out. The angle was too tight for Andrew Muscat to convert (4-0) but The Bristol kicker – Don Swann had more success 4 minutes later, converting the first of his 4 goal from 4 attempts to give Bristol the lead after Marcus Brooker had forced a try (4-6).

Bristol were fancying an upset when they extended the lead on 16 minutes, getting the ball out in the tackle for Josh Duran to score (4-12) only to be left reeling by Eccles scoring 3 tries, all converted by Muscat, in a 6 minute spell starting in the 20th minute.  First, a short pass from Barry saw Mike O’Boyle burst through and go round the posts (10-12) then Barry and Openshaw contrived to send Thomas over, handing off a defender on the way (16-12) before Openshaw sent Adam Taher crashing over after a strong run by Thomas(22-12).

Eccles gave themselves some breathing space on 34 minutes with Marc Jones and O’Boyle combining to send Higgins over in the corner for an unconverted try (26-12) and the tie was just about settled 9 minutes into the second half when Thomas was stopped just short and “quick hands” through Openshaw, Barry and Muscat saw Williamson race in for another unconverted try (30-12).

To their credit, Bristol never lost heart and Marcus Brooker was rewarded on 63 minutes, picking up a dropped pass by Eccles to race 80 metres between the sticks (30-18), but hopes of a come-back were dashed 5 minutes later when Thomas again wreaked havoc in the home defence before Openshaw scooted over the line from dummy half for a try that Muscat converted (36-18). The last say went to the home team however, on 74 minutes, with speedy winger Duran racing in from the half way mark for his second try (36-24). 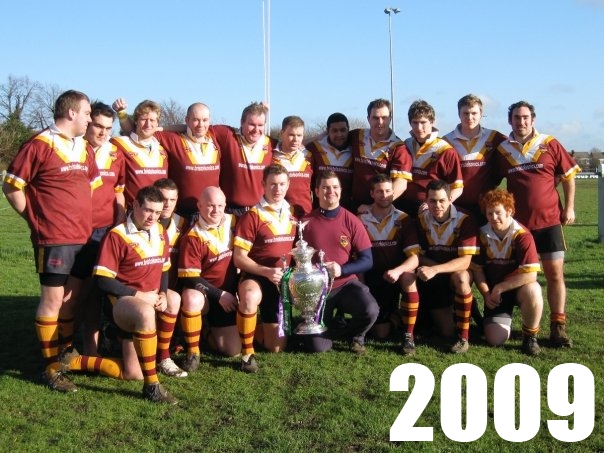 One of British sport’s most historic competitions returns to the South West this Saturday, as Bristol Sonics set out on “the road to Wembley” in the Carnegie Challenge Cup.

The Sonics, the South West’s premier Rugby League club, face experienced National Conference League 1 side Eccles at Clifton RFC on Saturday (K.O 2pm), with a place in the second qualifying round – and a juicy tie against Cumbrian heavyweights Askom or Millom – at stake.

The match marks the start of the year-long countdown to the Rugby League World Cup coming to Bristol. The Cook Islands will take on the USA at the Memorial Stadium at the end of October 2013, in the early stages of the first World tournament to take place in the UK since London 2012.
Bristol, who play two divisions below Eccles in National Conference League 3, will have to be at the top of their game to even get close to the Manchester-based side, who are renowned as one of the toughest teams in amateur Rugby League.
But Bristol Sonics captain Dom Swann believes the Sonics can cause an upset. He said: “Eccles will be the best side we’ve ever faced, and they’re arguably miles ahead of us at the moment. That said, our record against sides from Rugby League’s nothern ‘heartlands’ is improving every year. Our form in the latter half of the National Conference League 3 season was excellent, so I’m sure we can give them a very good game at the very least. If we did win, it would be our best result to date by some distance.”
The Sonics have appeared in the Challenge Cup once before, losing to Leeds Met Carnegie in the first round back in 2009 (pictured). In front of a record crowd for a Rugby League fixture in Bristol, the Sonics sensationally took the lead before wilting under sustained pressure in the second period. Despite losing heavily, it was one of the most memorable days in the club’s history.
Bristol’s second appearance in the competition comes just over a month after the club celebrated its tenth birthday. Bristol Sonics Chairman Phil Cole said: “The Challenge Cup is the competition that most people outside of Rugby League remember. The final takes place every year at Wembley and over the years has become one of the essential days out in the British sporting calendar. To have the Sonics take part in such a historic competition is brilliant for Rugby League in the South West, and of course for the club itself. I would urge anyone with a few hours to spare on Saturday afternoon to come down and cheer on the club – the lads will need all the support they can get.”

With the Sonics out of season, Head Coach Karl Fearnley will be without a number of first team regulars. However, he can call upon the cream of the South West’s student Rugby League players, many of whom turned out for the Sonics in the summer, and a number of returning ‘old faces’. He said: “We’re working hard to get out the most competitive side we can this weekend. The players see it as a unique opportunity to create a bit of history. We don’t get a chance to play good quality teams from up north very often, and this will be a chance to see how far we’ve come in recent years. We’ll have to be at the top of our game to get close, but our wins over Hemel and Bramley in the recent summer season shows that when we get it right, we’re a match for anyone.”

Bristol Sonics face Eccles in the First Qualifying Round of the Carnegie Challenge Cup at Clifton RFC, Cribbs Causeway, on Saturday 27th October 2012, kick off 2.00pm